I shuffled to one side, the aim of the policeman’s holstered pistol a little too close to my foot for comfort. He pushed his mirrored sunglasses back up the bridge of his nose. I caught my reflection. Four days trekking in Montenegro’s Crmnica Mountains had me looking as far from an Albanian male, clean shaven and close shorn, as Grizzly Adams after a spell in a tumble dryer.

‘So, what brings you to Albania?’ the policeman said.

‘I’m looking for wines to import into the UK,’ I said, stretching the truth to a point that would make a politician blush; the few cases we’d be using at tastings were unlikely to create a spike in the country’s GDP.

‘Ha!’ He lowered the charge sheet he’d been holding and barked something in Albanian to his colleague which, going by the other’s amused reaction, I understood to mean ‘Check the car for drugs!’ Well, it was more the subsequent pulling apart of our vehicle and the peremptory frisking of my companion that led me to that conclusion; the amusement was probably at the audacity of my supposed cover.

The border crossing from Montenegro had been quick, but, once this side, we knew we were in a country with a different past. Whilst Albania has, in many ways, emerged well from forty-five years of communist dictatorship and state-imposed seclusion, the roadside juxtaposed gleaming petrol forecourts with low-level subsistence farming. It seemed that the haves and the have-nots were yet to be joined by the have-about-enoughs. I was there to find out if the wine industry, always lagging behind the curve after such upheaval, was yet producing any of the good stuff.

When mapping our journey, I noted that the vineyard areas were at the same latitude as southern Italy, and had similar climatic and topographic features. Also, Albania’s winemaking history pre-dates that of its Adriatic neighbour by some 3000 years, and wine has been made at family level throughout. However, under communism, wine quality had become a secondary factor and exports dwindled. In my planning I could find no reference to Albanian wine imports to the UK for years, and whilst to most this would indicate sound reasoning on the part of our importers, I wanted to know whether things here were changing.

The policeman’s colleague, our luggage strewn about his feet, raised his hands and shook his head. The policeman turned to me. ‘Is what you say true, you want to buy Albanian wines?’

I nodded and took out my numbered map and appointment details. ‘Yes, I’ve heard they are delicious.’ That was another fib.

He clapped a hand on my shoulder and took off his glasses. ‘My goodness, you are a mad Englishman! In that case, I won’t charge you for driving your car too fast!’ He tore up the charge sheet and handed it to me, a souvenir. ‘I won’t even charge you next time, my crazy friend.’ As we drove away, I hoped he wasn’t too well acquainted with those we’d planned to visit, and that we’d find something worth coming for.

On arriving at our first meeting, at Kantina Arbëri, in the mountains 50km north of Tirana, I resigned myself to the policeman’s prediction. The winery façade, grey and classically Soviet influenced, when previously encountered had only led to one thing: wine tasting as if it were made by a chimp with a blindfold. However, once past the gatehouse, a world opened up that would have made CS Lewis consider a new wardrobe: flowing architecture in polished local stone and varnished oak, housed stainless steel tanks and shiny new equipment that hadn’t yet seen their second birthdays.

Rigers Kacorri, owner and winemaker, led us on a visit that gave hope that our expectations might be exceeded. But we were shy of the truth. The expectation that expectations might be exceeded was itself exceeded. The highlight of the range was his Kallmet (Albania’s primary indigenous red grape) Rezervë 2012, bristling with bright cherry, jam and spice aromas on the nose, with a palate feel that straddled old and new world: ripe and warm, but with intriguing earth and herb notes to season the rich flavour of plum. His best white, Shesh I Bardhë (northern Albania’s top white wine grape) was also exceptional, with aromatics like an alcoholic banana, pineapple and lime smoothie on the nose, yet with a palate much more sophisticated.

We found more of the same at our other visits: knowledgeable vineyard management, newly installed equipment, and wines being made to a level that could grace any conscientious sommelier’s wine list. That’s not to say that these wines will be found on our mass-market retail shelves anytime soon because, as yet, there are only a handful of wineries at this level*, but I know that on my trip I’d had a taste of things to come.

My enjoyment of wine comes from the intrigue of a new flavour experience that stands the test of sensory cross-examination. This is, for me, now most often to be found in a re-emerging ancient region such as Georgia or Croatia, with its own varieties and ways of operating that have been incrementally forged over many lifetimes from the soils, mountains and seas that surround it.

In short, why not stray from the supermarket shelf and seek out your local wine merchant? Ask for something from a grape or region you haven’t tasted before. Living life on the edge? Maybe, but you’ll be one step closer to the future… and ahead of the rush. 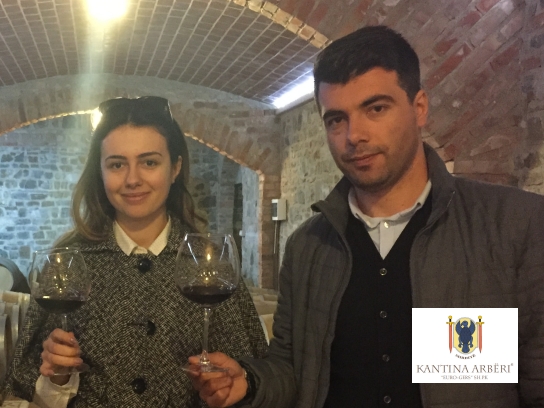