Host of whisky shows and events 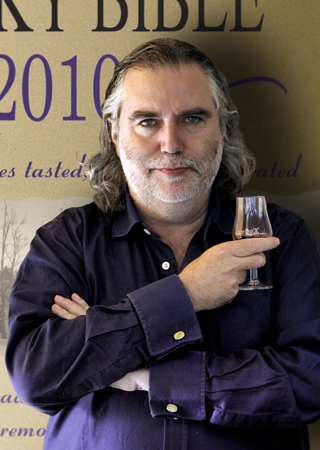 Jim Murray, described by the BBC as ‘the world guru of whisky’, is internationally renowned as a leading full-time whisky writer, and television and radio broadcaster.

He has written for a number of newspapers such as the Sunday, Daily and International Weekly Telegraphs, The Observer in London, The Chicago Tribune and the South African Sunday Times. He has written a number of books, including Jim Murray’s Irish Whiskey Almanac, One Hundred Malts, Classic Bourbon, The Complete Guide to Whisky and Jim Murray’s Complete Book of Whisky.

He is three times winner of the Whisky Writer of the Year in the prestigious Glenfiddich Award. The 2008 Jim Murray's Whisky Bible is recently published. Jim is represented by Limelight Management.