Host of wine shows and events 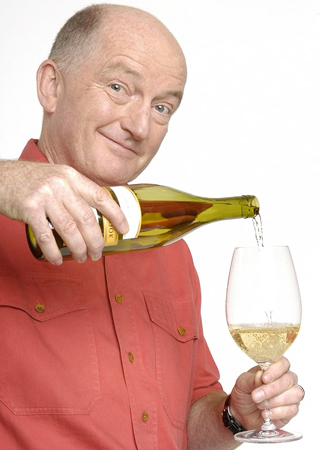 Oz Clarke's wine career began when he captained the wine-tasting team for Oxford University. After graduating, Oz spent a number of years as an actor before turning to writing professionally in 1984.

He has been wine correspondent of The Daily Telegraph. His first book, the first edition of Webster's Wine Guide (now annually published Oz Clarke's Wine Guide) won the first Wine Magazine Book of the Year Award and the first Wine Guild of the United Kingdom Wine Writer Award.

Oz was a long running presenter of BBC TV's Food and Drink programme where his remarkable tasting ability has won him great notoriety. In 1996 Oz filmed his own series An Australian Odyssey, in which he travelled around the outback and the cities retracing the remarkable steps of the Australian wine pioneers. Oz has also starred in BBC TV’s OZ & James’s Big Wine Adventure.

As well as his work as a broadcaster Oz hosts many wine tastings throughout the year and produces his annual Wine Guide.

Oz Clarke lives in West London, where, when not writing about wine, he likes to avoid drinking altogether (except for the occasional pint of Fuller's ESB), playing any sport he can lay his hands on and dreaming wistfully of lying on a palm-fringed sandy beach somewhere near to the Equator. Oz is represented by Limelight Management.